The IKEA’s degree of interest to the products of Skolkovos’ residents can be judged at least by the number of delegations that the Russian branch of the network has delegated to the innovation city. Representatives of IKEA were almost more than start-ups.

If and when their developments reach the furniture and household goods networks (Russian stores are visited by more than 60 million people annually), the first point of introduction will be the flagship store in Khimki. For IKEA this is the second most profitable and densely populated area with good rates of new development. “There lives a fairly advanced audience. Khimki is the region with the highest average residential area – 67 meters, “said IKEA Khimki representative. – We intend to develop business with the help of new technologies and advanced solutions that must be compatible with existing technological platforms, to show efficiency on large flows and in conditions of limited physical space. The sphere of our interests extends to everything connected with the direction of the shopping experience. “

Director of the Retail Center IT-cluster “Skolkovo” Olga Strelova gave the opportunity to representatives of IKEA to get acquainted with the developments of more than two dozen companies of the Fund.

The founder and CEO of the Skolkovo company TimeBook, Pavel Konozakov, began his presentation from the question to the audience: “Who among you can continue the phrase” If the mess goes on to be automate what’s next? “-” Correct: there will be an automated mess, “he said, adding the laughter of those gathered that the mess is happening everywhere, and TimeBook’s task is precisely the optimization of working time, for which the Skolkovo resident created his own time management system. This is what today is called WFM.

The system, according to P. Konozakov, allows you to close the business process, which begins planning and ends with the payment of wages. Given the size of the IKEA group, which has 17,000 employees in Russia, the task is very urgent. In any large company, the staff is divided into several categories. Including internal, i.е. staff workers, and external. TimeBook system allows you to take into account, monitor and tabulate all categories of personnel on a unified corporate principles. This is already the case with Skolkovo’s clients such as Lenta, Auchan, M-Video and others.

Altogether, 150,000 employees of client companies are in the TimeBook system. To improve the accuracy of the system, TimeBook uses a camera with Vocorod Face Recognition system in its equipment.

The general director of the Skolkovo company Vokord, Timur Vekilov, talked about how his company is engaged in video analysis – the recognition of individuals in relation to retail. The Vokorod analytical system allows customers, including such networks as Leroy and Auchan, to use the faces of customers as a universal identifier. Naturally, the system does not collect any personal data. Just each person is assigned a serial number. This is enough to determine how many times this serial number came to the store, how often it happened. You can determine the age and sex of the buyer with certain accuracy. Thus, Vocord can make a portrait of the buyer for the customer. You can count unique buyers, as well as how many visitors are in the store at any given moment. The system is able to create so-called heat maps with the indication of “hot” and “cold” zones in trading halls; to this you can add a contextual advertising system. If you put cameras in the cash register, you can associate the buyer’s face with a check, find out what goods he bought over and over, and therefore predict which goods will interest him later, and therefore, to make him targeted offers.

Geomatrix is an online SaaS solution, allowing retailers to open only profitable stores, raise traffic in existing stores, and defend themselves against competition, all this independently and instantly, without any knowledge of GIS technologies, in more than 67 countries.

“This year Skolkovo hosted more than 10 days devoted to innovations in the field of Retail and FMCG, where more than 200 participants presented their developments. As a result, more than 50 pilot projects have been launched, I estimate the format of such events as one of the productive for all parties, “said Olga Strelova, director of the Retail Center of the IT cluster of the Skolkovo Foundation. – Innovation Day for IKEA was finalized 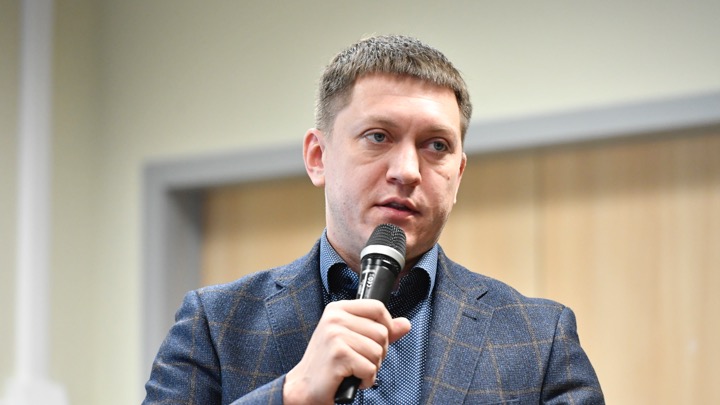