Geomatrix to compete in four nominations

You are here: Home / Blog / News / Geomatrix to compete in four nominations

Press Release, Moscow, 28/09/2017: Geomatrix solution by Rilos, a proud member of #frenchtechmoscow, is delighted to announced its selection for October 2017 as one of the best solution in four nominations:

– A panel of International investors and corporates has selected Geomatrix together with 5 international #proptech startups to compete in Startup Battlefield, category Invest in REIN Forum at Expo Real 2017 in Munich on October 4th . Geomatrix will showcase its solution in the Startup Alley on October 4th and 5th.

– American corporate Dell EMC at GoTech 2017 in Moscow selected Geomatrix among ten other startups, the winner will be awarded a 150 thousand rubles cash prize and the possibility to joint go-to-market project.

– A panel of international and Russian investors and business angels has selected Geomatrix among ten other startups to be presented on stage at VC Pitch at GoTech 2017 in Moscow. The best project will receive an Alfa package for participation in the Web Summit in Lisbon: 3 tickets for the event, stand at the exhibition and other opportunities.

– FRII has selected Geomatrix among four other startups as a finalist to their nomination in GoTech 2017 in Moscow. The best projects will receive mentorshop proposal from FRII. 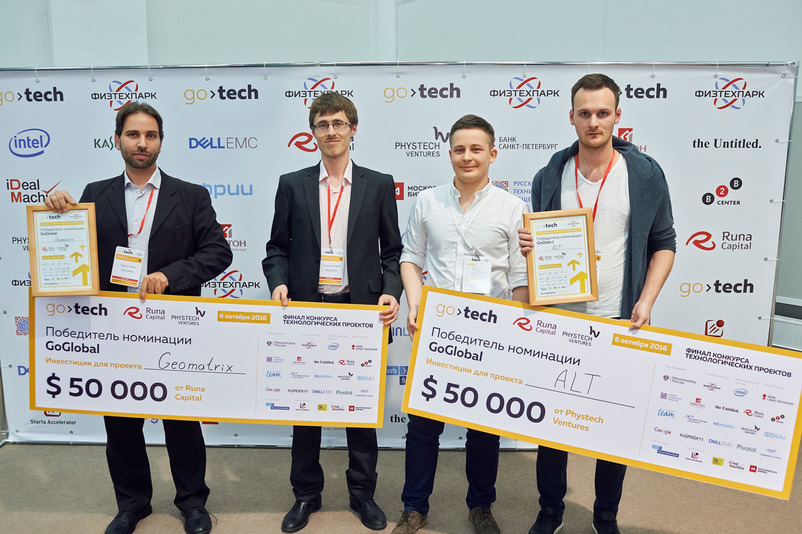